We had three options when deciding how to discover what we could along the Going To The Sun Road (GTTS) in Glacier National Park (GNP). We chose to drive it ourselves and not take the free Park shuttle (which really didn’t stop at places we wanted it to) or the pricey Red Bus. It’s been my experience that when on tours, the photographer may want to take a slightly longer time to get the shot, so……..

It took us at least four hours to get across the 50 mile road through the Park. Yes, a lot of it was spent shooting. Richard even pulled out his cell phone to take some pictures. I’d lie if I said it was an easy drive. It was for me, the passenger, but not for Richard. Once we got to the east end of the Park, Richard was exhausted. An ice cream sandwich later, Richard felt better. We decided to go back to the RV park in Columbia Falls by going outside the park. A little over 2 hours later, we were back to the trailer–both tired.

It was worth it. The scenery was beautiful. Our National Parks are amazing and we need to do everything possible to protect them.

Because of our age and physical capabilities, I knew we’d do two days in the park and rest another, and things are happening that way. Today, I’ve been editing, walking and editing. Here’s the first installment of images. I’ll try to keep up by editing while Richard naps and on our days off.

Tomorrow we go into the park to discover what other options we have other than the GTTS Road. 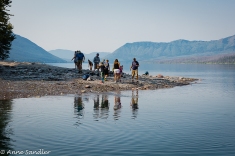 People waiting for the boat tour. 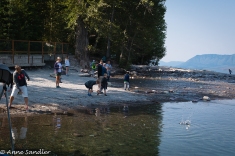 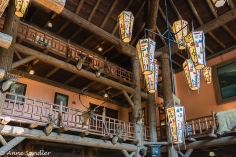 Inside the McDonald Lodge.

The ceiling at the Lodge. 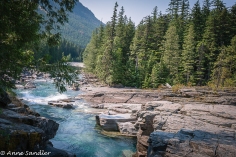 This was a stop along the road.

It was difficult to capture what we saw.

From the amazing rocks.

To the rushing water.

The last of this series.

Back on the road. 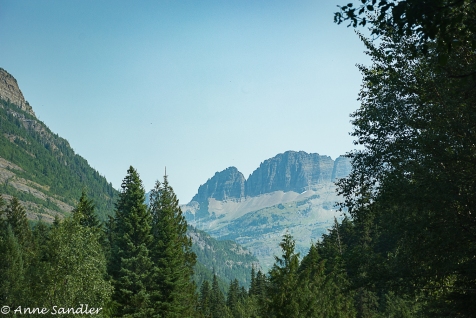 Shot through the truck’s front window.

A small tunnel. We thought it was amazing and difficult it must have been to build this road.

It was difficult to identify the names of places. I was working with the RTTS map and sometimes signage. Heavens Peak.

At one stop Richard spotted these deer. They weren’t too close.

2 thoughts on “On the road again: On the Going To The Sun Road, GNP”