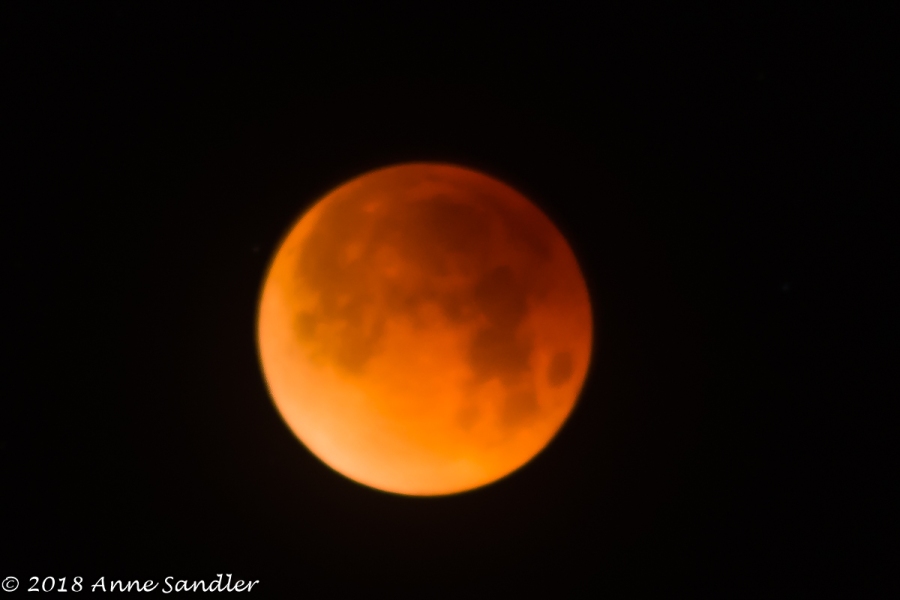 It’s not that the duck and lunar eclipse have anything in common–except for me and my camera. Oh, it could be the fact that one was planned and didn’t turn out well and the other wasn’t planned and turned out successful.

First the Mandarin ducks at Elk Grove Regional Park in Elk Grove. This was a planned outing for 9 a.m. By the time we got there and I drove around to the other side of the lake, the ducks needed to nap. It seems they like swimming in the fog! Those of our group who got there about a little earlier and parked in the right lot, got beautiful shots of them swimming.  I still got some of them napping and standing. And, I did get some fog shots. We get the Tule fog in Sacramento. I love the moodiness of fog.

These are some of the ducks and moody fog images: 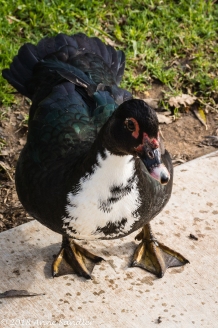 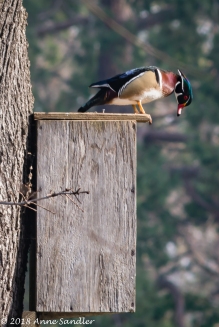 For the lunar eclipse, I decided to sleep in if I could; but if I woke up in time, I would just shoot the triple lunar event from my backyard. I woke up at 3:45 a.m. (Darn my internal clock) and tried to go back to sleep. At 4:15 a.m., I got out of bed, gathered my camera gear, set up and opened my back door. Now this is the way it should be done–in PJs, bathrobe, coat, drinking tea and set up right outside my back door! I didn’t get cold!! I did try several lenses before I ended up with my fixed 300mm. These were the best of all the shots: 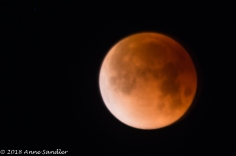 So there you have it. Planned or unplanned, I had fun!

We decided to escape from Sacramento. We didn’t know where we’d end up, but just wanted to get out from under the cloud cover that would prevent us from shooting the blood moon eclipse. Laura was our navigator while Linda and I gave suggestions.

We ended up at the Sacramento Wildlife Refuge a little over 100 miles when you don’t take the direct route. We knew there was a viewing area that would give us a perfect view of the moon rise over the Sutter Buttes (a low mountain range). However, smoke from the recent fire was still hanging low on the horizon as if mocking us for traveling so far to shoot the moon! I was hoping to still catch some of the moon rise through the smoke haze.

While waiting I shot some pictures of the wetlands and at sundown, turned my camera around to shoot the sunset. Not a cloud visible. Then I turned my attention to the moon rise. There were five of us with cameras and tripods set to shoot, but we couldn’t find the moon! Finally as it rose slightly above the haze, one of the photographers found it and helped the rest of us hone in on the red sphere.

I went in with the realization that I was only shooting with a 300 mm and I wouldn’t get professional images. But, I was still a little disappointed with what I did get. This morning when I looked at some other photographers’ images, I saw similar quality. So maybe I didn’t do so bad. My lens did what it could. Hindsight, rent a longer lens and use your heavier tripod! But am I into it that much?–I don’t know.

Oh, we really didn’t have to travel out of Sacramento. The clouds dissipated after dark! But, we had fun!  The next morning I iced my foot again! Foot surgery is a bummer.