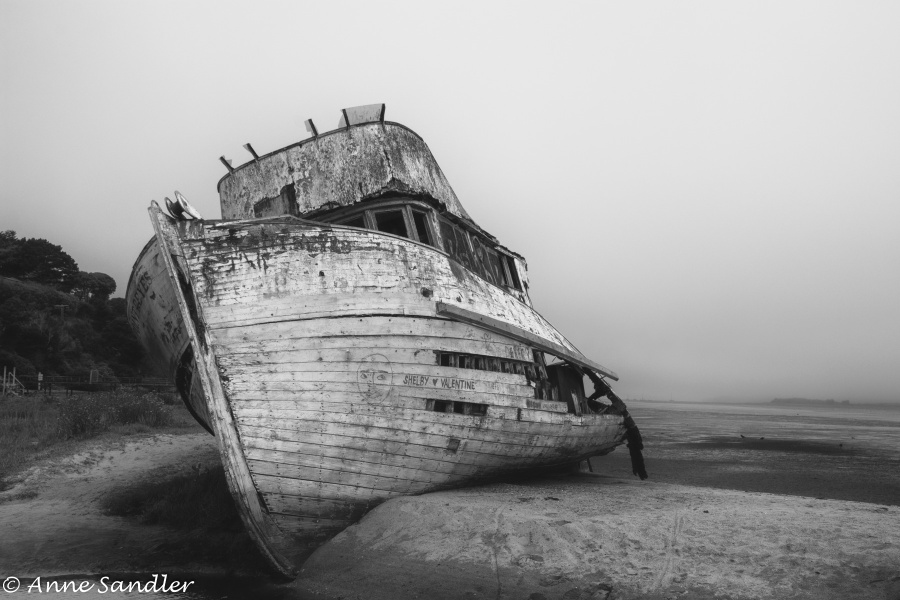 This was a first for me–shooting in dense fog. I learned a lot in a recent Meet Up shoot to Point Reyes National Seashore on the coast. It was my first time and I truly wasn’t prepared for the totally socked in adventure I was about to have.

At first I thought, “What moody images this will make.” I had no idea that the fog would make focusing difficult! Auto focus had its problems, so I tried to focus manually. Even that was hard.

In addition, I wasn’t well during the week and only did part of the trails, meaning I didn’t reach the beach where it wasn’t so foggy. I basically concentrated on what I could do rather on what I couldn’t.

Today, I’m posting some images so you’ll get an idea of the fog. It was an amazing first for me. 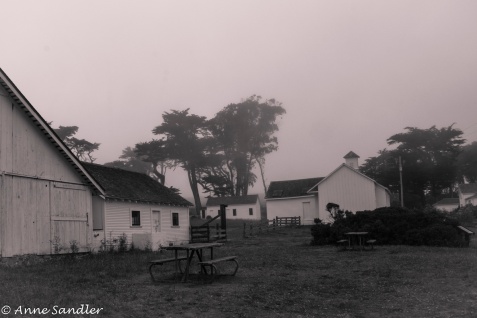 This complex was the beginning of the trail where we were to see Tule Elk. We didn’t. 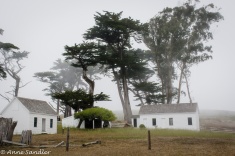 The fog was encroaching on the complex.

It softened the tree image. 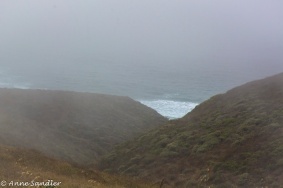 Here the fog is hovering low on the hills. 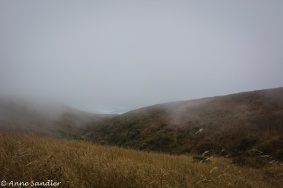 I walked until I could see the ocean. The beach was way beyond my walking capabilities that day. 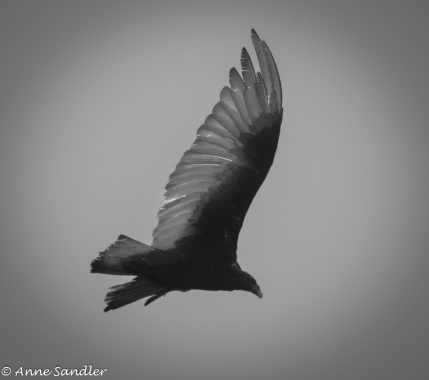 This turkey vulture was flying through the fog. This was the best I could do. Making it black and white helped. 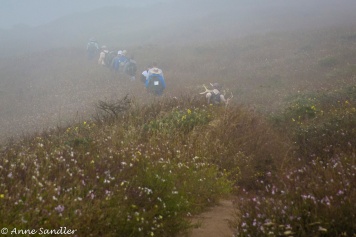 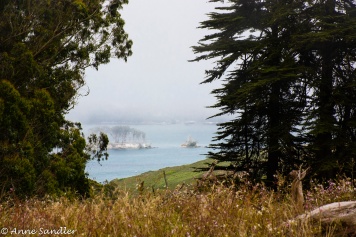 Here the fog is laying on the ocean. 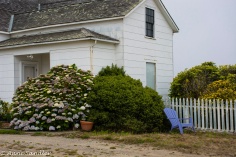 Instead of a blue sky, we have a foggy sky. 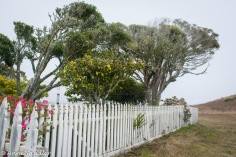 The fog is touching the trees. 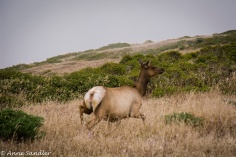 We did see Elk as we were driving past the Elk preserve. This doe was scampering through the brush. She was on the driver’s side and I was shooting from the passenger’s seat with my 140 mm lens. Not to shabby given the circumstances. 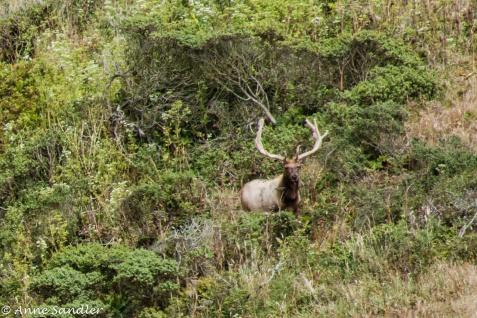 This buck wasn’t too far ahead. This was the best i could do with a 140 mm. 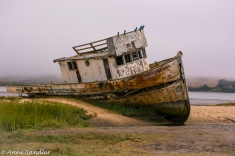 This is the Point Reyes an abandoned boat that has been a favorite of photographers. She’s located in the small town of Inverness. 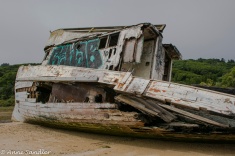 It is sad that her destruction was hastened along by a photographer shooting with steel wool on her deck. The boat caught on fire. 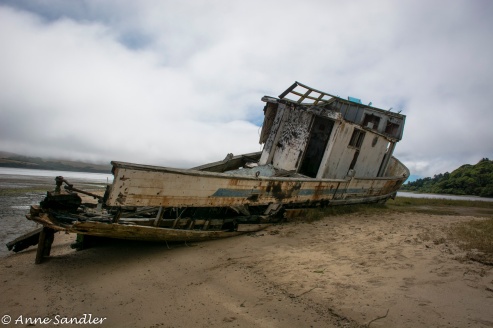 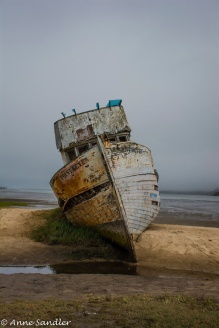 An amazing boat that retains a haunting energy. The fog bank is right behind her.