It’s living a dream. I wake up in the morning and my friend asks, “Where would you like to shoot today?” Of course, I didn’t have a clue, but it felt great to have someone willing to guide you through a day of photography. Our second day of fun was about to start.

Sandy and Ken first took us to the Red Hills ACEC, an Area of Critical Environmental Concern. This land was designated ACEC in 1993 to protect flora, a rare minnow  (Red Hills roach) and the bald eagle wintering habitat. We didn’t see any eagles and wouldn’t know a Red Hills roach if we saw it.  Sandy and Ken had never been there, but Sandy heard that wildflowers were blooming in that area. So this was an adventure for all of us.

It’s a good thing Ken’s Subaru has all-wheel drive because our adventure took us through some very rough and ready dirt roads. We had to cross three streams. I think Ken enjoyed the drive. There’s a daredevil in that body! While we were being jostled around, we did get some beautiful images of beautiful scenery.

After lunch, we went to Railtown 1897 State Historic Park. Ken serves as a docent there so we wanted to see what captures his heart. Another docent, Paul, took us around. This is a working facility. They rebuild old trains, give train rides on the weekend and house several stars! Do you remember a television series called Petticoat Junction which ran from 1963 to 1970? Train number 3 was on that show. It was also featured in many movies and is still in demand.

Paul took us through many areas of the roundhouse and showed us the grounds. It was a great tour. When I wake up tomorrow, where will my dream take us?

Wildflowers were at Red Hills ACEC.

This was a tiny but beautiful flower. 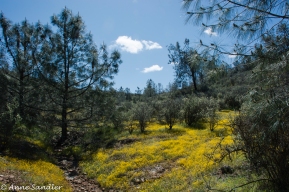 The color yellow was dominate. 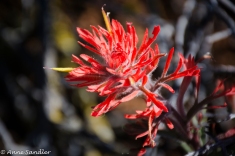 We found an area where these red flowers were blooming.

This is a ranch pasture land.

Poppies grow near a stream.

This is one stream we drove through. 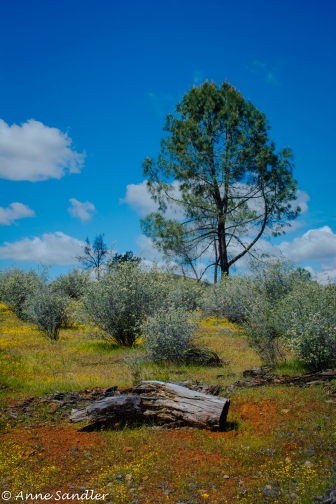 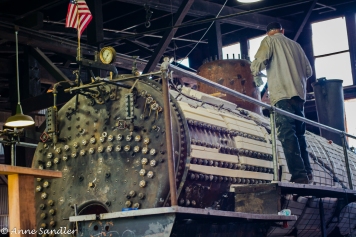 This worker is fixing another train. 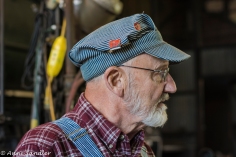 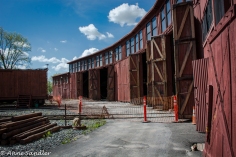 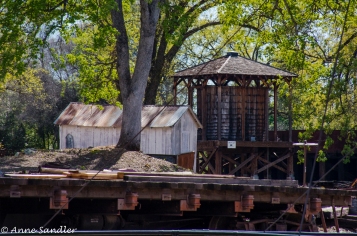 The watertower from Petticoat Junction.

The turntable for the roundhouse.

4 thoughts on “The photo journey continues: Day 2 in the Sonora area”