Is it okay to use a preset, from a processing program, on your image and call it your own? I had never thought about this until I took a sunflower bud I shot and brought it into Smart Photo Editor, used their presets and found one I liked. I posted it on Facebook and it got a great deal of attention. One photographer said that it was a great edit. I quickly replied that it was a preset. And, that’s when I began to question whether I could post this as my own. Here is the image as posted. 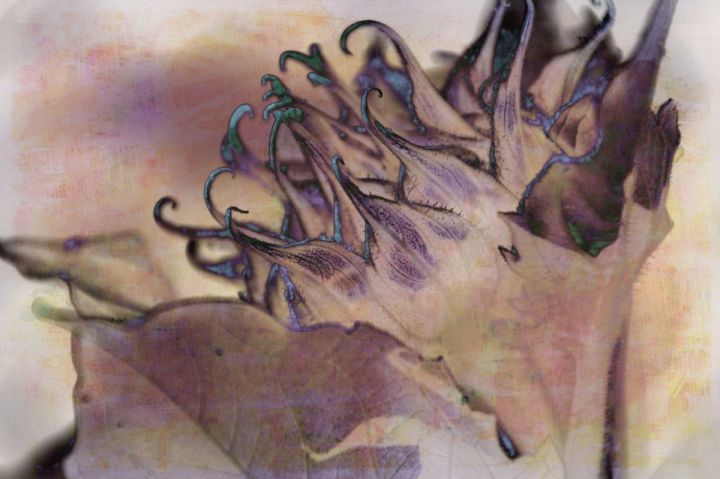 The composition is mine, the fact that it was a sharp image is my doing, but the ultimate look is not mine. The reality is that I, with my lack of artistic ability, could not complete it this way.

So, what do you think? Is it okay to use a preset and call it your photo?

Now, back to the pictures in this post. We are in San Francisco and are headed to the California Academy of Sciences when they open. I got up early and went down to Fisherman’s Wharf to see what I could shoot along the way. It was fun and got my energy flowing. I have some of those shots to show you. What was amazing were the swimmers out for their morning exercise in freezing cold water. There were also walkers, runners and bikers using the old pier as their exercise ground.

The Academy was amazing, but the parking wasn’t. The only place to park was in their very expensive structure–it cost us about $30 for the day. We had coupons for the Academy admission so that helped with the cost. We did opt for an additional tour, but it was worth it, especially since we were the only ones who went on it. We had a guided tour behind locked doors and were able to walk the roof.

A lot will be explained in captions. It was an all day experience. We left about 4 p.m., stopped to take pictures of house boats to take up the time before dinner. We were trying to avoid traffic. It all worked out, and our drive home was easy. Enjoy the academy through my camera lens! I apologize for the many images, but I didn’t want to make this a three part post. 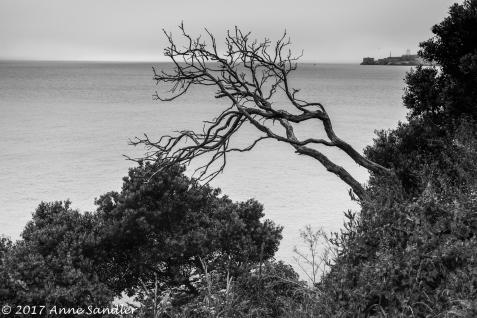 This tree was trying to grow on the hillside along the path to Fisherman’s Wharf. 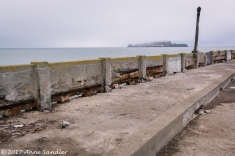 This is the old decaying pier. Much of it is closed.

One of the early morning swimmers.

Some men, fishing I think, on the old pier. 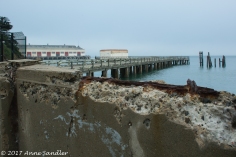 Another look at the historic pier. 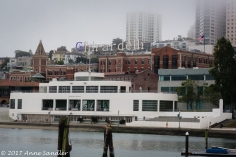 Ghirardelli Square in the distance. 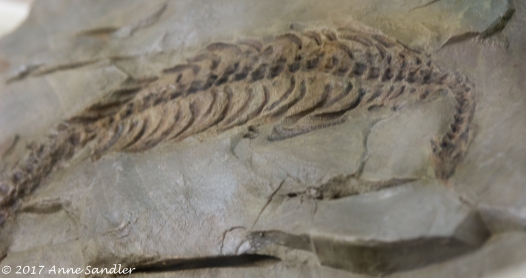 Now at the Academy, fossils under glass.

This was a first for me. As we entered the Rain Forest, my lens fogged up. 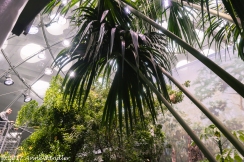 The view looking up the three stories of the enclosure.

Eventually my lens acclimated to the humidity.

My body didn’t though. We stayed long enough to capture some butterfly images.

The roof of the Academy is alive with plants. These plants help with research projects and help cool the building. 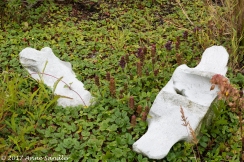 These are whale bones. It will take approximately three years of roof sitting to dry these. Chemicals are not used.

This is the brush from the whales mouth. Animal remains used in research or display are from those that died naturally. 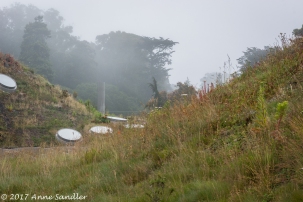 Notice the round windows. They are used to light and act as the HVAC system for the Academy. Again –fog!

Our tour guide takes us into storage rooms where things are held for various researchers to use. 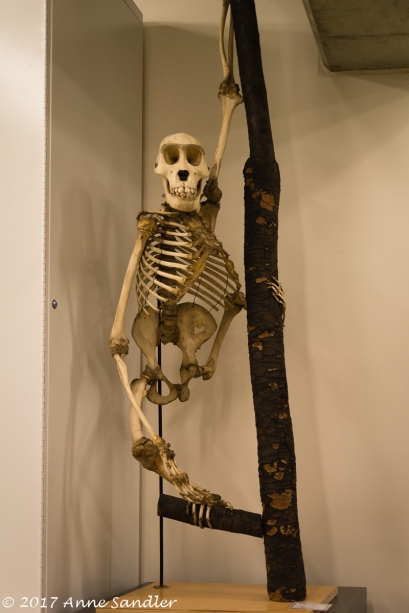 A great deal of research is done behind the scenes. 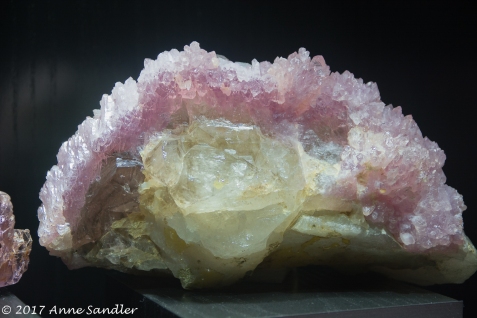 This lab is used for in-house needs and outside organizations. 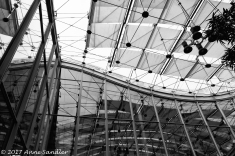 The inside wall and roof.

Now at the aquarium, manatees swim at the base of the Rain Forest.

This fish blends in well. 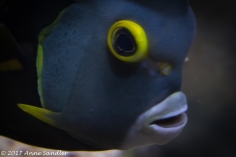 I think we found Dory! 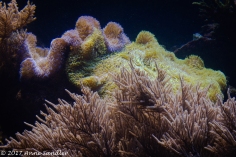