My trip to San Jose, for my yearly vision board session, with Marlene was going according to plan. We stopped in Livermore to shoot the sights and eat lunch.

While Livermore is nationally known as the home for the Lawrence Livermore National Laboratory, it’s a small, lovely town nestled in rolling hills. We walked around Historic Downtown, and I thoroughly enjoyed the way it was designed.

Next we stopped at the Sunol Regional Wilderness Park. I always wanted to get off the freeway to see what was hidden in the hills as I would go to San Jose, but never took the time. This was the time! It’s a beautiful area and now green because of our recent rains. There are many parks, lakes, etc. for residents to enjoy. Our stop was at the Sunol Regional Wilderness. Located in Alameda County and near the town of Sunol. It was primarily ranch land, and today cattle still graze in some areas. We enjoyed shooting in this beautiful park; however, our adventure went awry when we left.

I have no idea what got into me. Maybe it was the Greg Morris influence, but I saw that Calaveras Road continued on into Milpitas. I had my trusty GPS with me. And Marlene didn’t say “No, I don’t think it’s a good idea to go that way!” So off we went on a joy ride that would include mostly hairpin turns on an extremely narrow road. Not knowing the road, I was going around 18 to 25 miles per hour and the drivers coming the other way were cruising at about 40 miles per hour! Worse, remember those hairpin turns? They came around so fast and had to break when they saw me. Moving over wasn’t so much of an option with a shear drop on one side and a mountain on the other. At one point, Marlene suggested that the car came with a horn to use as a warning device.

We made it. But we weren’t able to pull over and take pictures of the beautiful scenery that included the Calaveras Reservoir. So, we made mental pictures, and I can’t show them to you. You can click on the link to see someone else’s images!

Going off plan proved adventurous, somewhat nerve racking at times, but gave me something to write about. 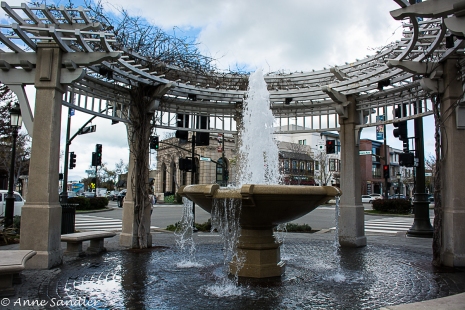 One of two fountains that were across the street from each other. 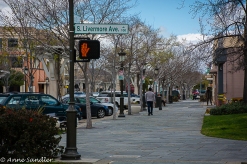 Looking down the street. 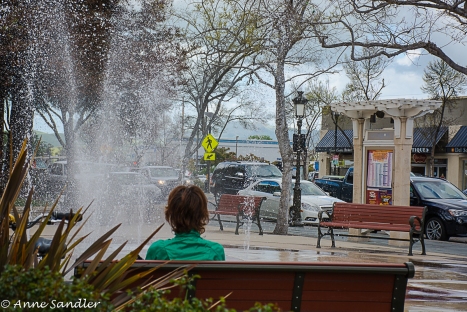 A woman relaxes at the fountain. 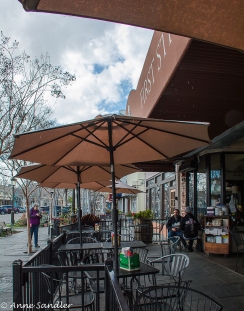 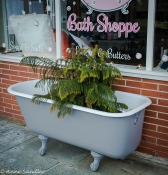 Ready for a bath! 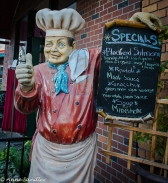 A fun way to give the daily specials. 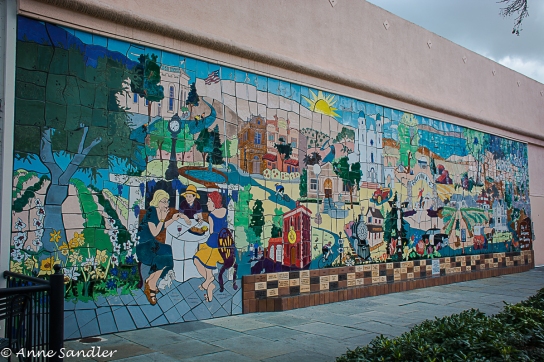 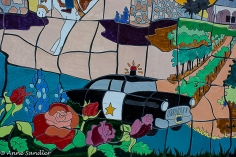 A close up of the mural. 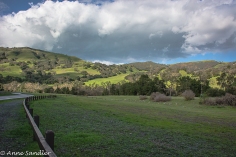 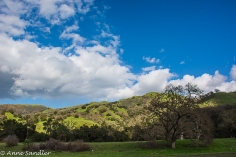 The cloud cover was beautiful. 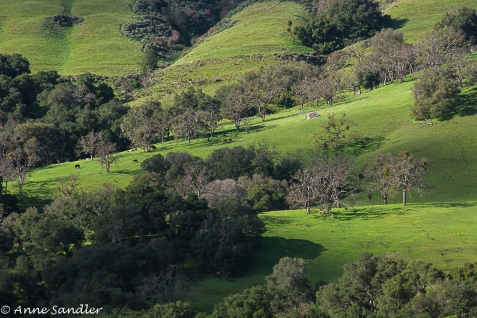 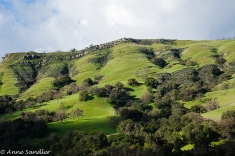 I liked the way the sun flowed over the hills. 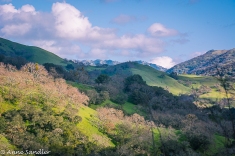 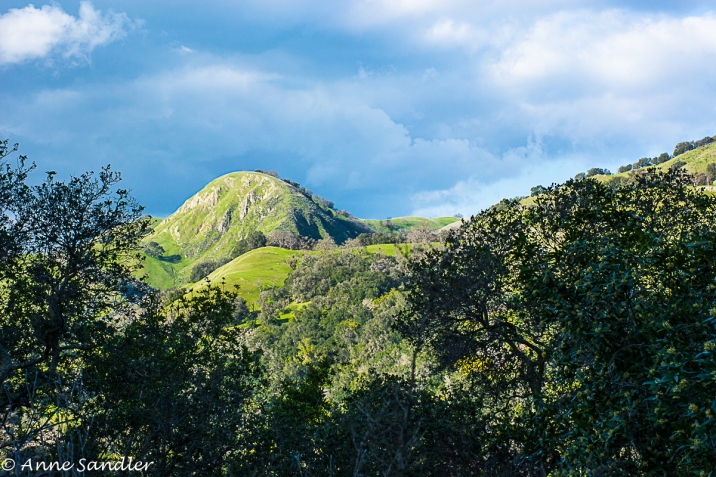 This reminds me of Yosemite’s Half Dome.

14 thoughts on “Do you know the way to San Jose? Livermore & Sunol Regional Wilderness Park”